The human discovery of exoplanets, planets orbiting a star other than our sun, is a relatively recent phenomenon. The first exoplanet to be discovered was in 1992. In 2002, an exoplanet was discovered by means of transit. A transit is a phenomenon when a celestial body passes directly between a larger body and an observer. Like Mercury passing in front of the Sun. It makes the Sun seem ever-so-slightly less bright. 3,372 exoplanets have been discovered in this way between 2002 and the present.

I dream the far-off watchers of the skies

In 2021, two astronomers asked a question that stimulated my imagination. They asked, “What stars are in the right position to see the Earth transit the Sun?” These stars must be relatively close to the plane of the Earth’s orbit. They discovered 2,034 stars in what they called the Earth Transit Zone. 117 of them are within 100 light-years or less. 75 of them are close enough to receive radio waves from Earth.

“From the exoplanets’ point of view, we are the aliens”

I found this interesting because the astronomers considered the possibility that humanity is part of a greater community of intelligent life. This is something taught in great detail by the New Message from God.

I dream the far-off watchers of the skies. Suppose a star is in the Earth Transit Zone. If there is a planet orbiting that star, an astronomer on that planet could see the Earth. There’s nothing we could do about that. But we could stop sending probes into interstellar space. We could stop broadcasting everything about ourselves into space. We could be more discreet about our affairs. 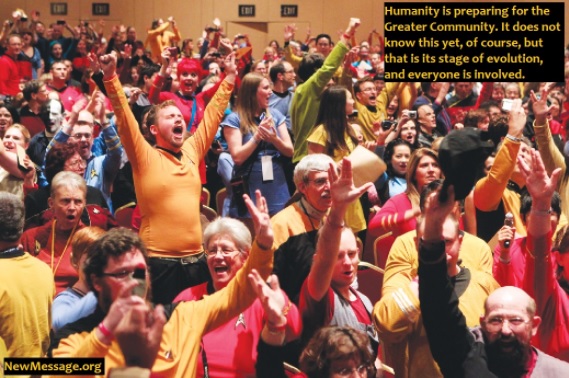 Now that’s something you don’t see every day. Who said forty million people changed their minds? Well, I did, but I base it on a report by the Marist Poll.

Some of you may not be familiar with the Marist Poll. It has been in existence since 1978. The Marist Poll is associated with Marist College in Poughkeepsie, New York in the United States. It regularly measures public opinion on various subjects at the local, state and national level. The final Marist Poll of the 2016 US Presidential election was very close to the actual result. No one in my world complains about the Marist Poll. Therefore, I am taking their report at face value.

In May of 2005, 52% of respondents answered Yes to the question “Do you think there is intelligent life on other planets?” In February of 2018, 68% of respondents answered Yes to that question. Suppose that these polls are representative samples of the United States. I have no good reason to believe that they are not. 16% of 240 million American adults works out to about forty million.

What made the forty million American adults change their minds? It could be a number of things. I believe the explosion in the discovery of exoplanets, planets circling a star other than our sun, has something to do with it. The Kepler Space Telescope, launched in 2009, has been a remarkable scientific success in the time period between the two polls.

The New Message from God teaches that humanity is emerging into a greater community of intelligent life. This is the first paragraph from the revelation “Preparing for the Greater Community,” received by Marshall Vian Summers in April of 2011.

“Humanity is preparing for the Greater Community. It does not know this yet, of course, but that is its stage of evolution, and everyone is involved. The fact that humanity is unprepared for the realities of contact with life in the universe is very apparent, but at a more unconscious level, people are anticipating this. And that is why it emerges in your movies, in your books, in human imagination. There is a seed of truth, an element of truth here.”

Forty million people changed their minds. I consider this remarkable event to be part of humanity’s preparation for the Greater Community. 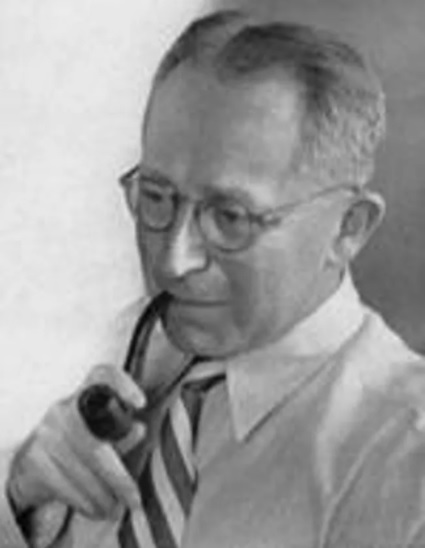 Quite a few worlds were, but are no more

It frequently happens that scientists discover things when they’re looking for something else. That was the case in 1917 when Adriaan van Maanen discovered a small, dim star. Van Maanen’s Star is a white dwarf, not much bigger than Earth. Stars like our sun become white dwarfs when they exhaust their nuclear fuel. There are white dwarfs which are closer to our sun, such as Sirius B and Procyon B, but Van Maanen 2 is the closest white dwarf to the sun that isn’t a companion to a larger star.

Quite a few worlds were, but are no more. Analyzing the light from this star offered a mystery. Van Maanen’s star contained elements that no one expected, such as iron. Between 1917 and now, astronomers discovered about 40 other white dwarfs with similar properties. Where did these heavy elements come from? Astronomers now believe they come from planets that once orbited the star. When did these planets start to orbit this star? 4.1 billion years ago. For how long did they orbit this star? They orbited Van Maanen 2 for roughly 900 million years. What happened to these planets? They were destroyed when van Maanen’s Star became a red giant along the way to becoming a white dwarf. This is a predictable event in the life cycle of stars. I marvel to think Van Maanen 2 contains traces of the planets that orbited it 3.2 billion years ago.

Quite a few worlds were, but are no more. What does this mean to me? Astronomers discovered the first exoplanet, or planet orbiting a star other than the sun, in 1992. Between 1992 and now, astronomers have discovered 3,550 exoplanets. But I learned something I didn’t know. There are many stars with planets around them now. There may be a great many stars that had planets around them in the past, but have them no longer. For all we know, those planets might have supported intelligent life, like our world does.

Quite a few worlds were, but are no more. In 2014, astronomer Ben Zuckerman had a “Eureka moment,” a moment of inspiration. In this moment, he realized that the mystery that puzzled van Maanen was in fact the first evidence of exoplanets discovered by scientists. Humanity first intuited exoplanets in the 1500’s.. But humanity discovered evidence for their existence about 70 years earlier than previously believed. Ben Zuckerman stretched himself in time.

Quite a few worlds were, but are no more. This is more than a historical curiosity. The New Message from God teaches that humanity is emerging into a greater community of intelligent life. How shall we prepare? We have to start somewhere. 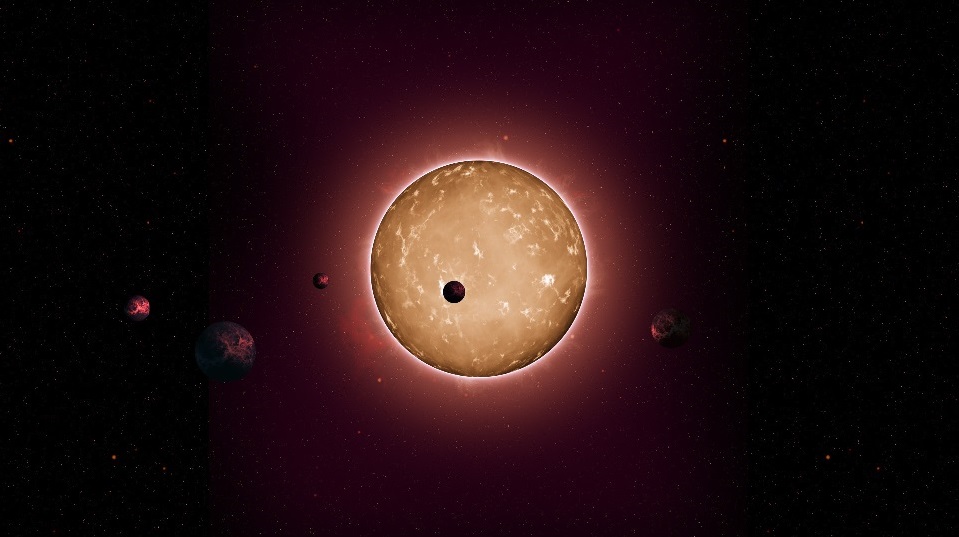 The poet John Keats had an experience of wonder when he read a translation of Homer by George Chapman. He cried out,

“Then felt I like some watcher of the skies
When a new planet swims into his ken;”

Many new planets swim into our ken

I mention this to share two items of space exploration news. The first item is the sixth anniversary of the launch of the Kepler space telescope. Many times scientists conduct experiments expecting to find certain things. Many times they fail to find what they had hoped for. But the Kepler mission has found what was looking for in abundance.

Many new planets swim into our ken. How many? Kepler has found 1,019 exoplanets, planets outside our solar system. By “found” I mean “found possibilities of exoplanets which were later confirmed by independent observation.” The above image shows an artist conception of 5 of those exoplanets who share the same star. In addition to this, Kepler has found possibilities of an additional 3,100 “candidates” which will either be confirmed or discarded in the future. The mission scientists believe that 90% of the candidates will be confirmed as exoplanets, although I don’t know how they know this.

Many new planets swim into our ken. Where does this figure of 1,019 exoplanets fit into the larger picture of exoplanet exploration? At this point, NASA reports a total of 1,827 confirmed planets. The first exoplanet was discovered in 1992. In other words, Kepler has discovered more planets in the past six years than all the efforts from 1992 to 2009. And that’s not counting the candidates. Even though crucial components of Kepler failed in May of 2013, I consider the Kepler mission to be a smashing, groundbreaking success.

Many new planets swim into our ken. How many of them are habitable? These scientists say “62, or around 3%, so far.” On the other hand, astronomer Charlie Lineweaver posited that the average number of habitable planets per star is 2, plus or minus 1. Since there are somewhere between 100 billion and 400 billion stars in the Milky Way galaxy, that’s quite a few habitable planets.

Many new planets swim into our ken. What does it all mean? I say it means that Giordano Bruno might have been on to something in the 1500’s when he envisioned intelligent life on then-unknown exoplanets. I also say it means that the New Message from God teaching about a greater community of intelligent life to be a little more plausible than it was before these news items appeared.

Giordano Bruno (1548-1600) was many things in his full, eventful life. He displayed a talent for memory as a child. He was an ordained Catholic priest and a member of the Dominican order. He was considered a scientist of that time. His instrumentation was inadequate to prove or disprove his thought experiments. He expressed his scientific and philosophical arguments in the form of literary dialogues.

The part of his life I find mysterious is his ideas about the universe. Nicolas de Cusa had suggested a hundred years or so earlier that the sun is but another star. In the early 16th century, Nicolaus Copernicus showed that the earth and the other planets revolved around the sun.

Nicolas de Cusa would not be proven right by scientific observation until the early 19th century. The first exoplanet (planet outside our solar system) was discovered in 1992. Since that time, there has been an explosion in the amount of exoplanet research. Many new methods of exoplanet detection have been developed. Many new exoplanets have been confirmed. 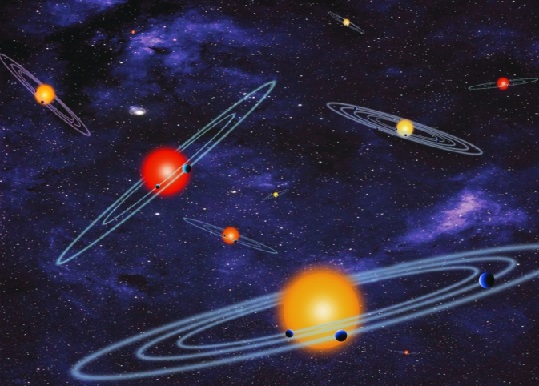 The NASA Kepler mission announced Wednesday (as in today, 26 February 2014) the discovery of 715 new planets. These newly-verified worlds orbit 305 stars, revealing multiple-planet systems much like our own solar system. This brings us up to a total of 1,690 planets around 1,023 stars. All I know is that somewhere, Giordano Bruno, prophet of the Greater Community, is smiling.